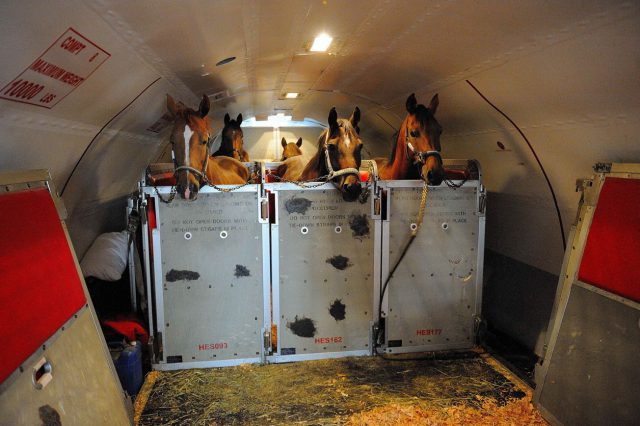 Come Fly With Me

Conveniently located five miles from downtown Lexington and across the road from Keeneland, Blue Grass Airport is the primary air transportation provider for central Kentucky.

The airport is owned and operated by the Lexington-Fayette Urban County Airport Board, which is a 10-member board of directors appointed by the mayor of Lexington and confirmed by the Urban County Council. Elizabeth Woodward was appointed Chair of the Board for 2020.

The Airport Board conducted a study in 2012 to determine the economic impact of the airport. Findings from the study determined that the airport has contributed to the employment of approximately 3,478 jobs and a total economic output of $370 million. As an important component of the region’s economy, the airport plays an integral part in supporting Lexington’s equine industry–to the extent that there is an air cargo provider solely for transporting horses.

The construction of the airport began in 1940 when the city and county governments purchased 523 acres of farmland off Versailles Road to construct what would eventually become known as Blue Grass Field, and today known as Blue Grass Airport. In 1946, the first commercial terminal was completed and the Lexington-Fayette County Airport Board was formed.

In 2013, the airport board completed its Master Plan Update, which launched the airport into a $60 million taxiway safety improvement program, as well as the relocation of the Snow Removal Equipment Complex and public safety firehouse over the next decade. Blue Grass Airport is getting ready to start its next master plan later this year. As part of a $5.8 million construction project, the airport’s 640 vehicle long-term parking lot underwent a recent expansion to accommodate more than 985 vehicles, in addition to the expansion of the airport’s cell phone waiting area.

For the past seven decades, Blue Grass Airport has proudly served the bluegrass community and continues to do so as one of America’s fastest growing airports.

This article appears on page 64 of the 2020 annual print edition of Beaumont Guide.