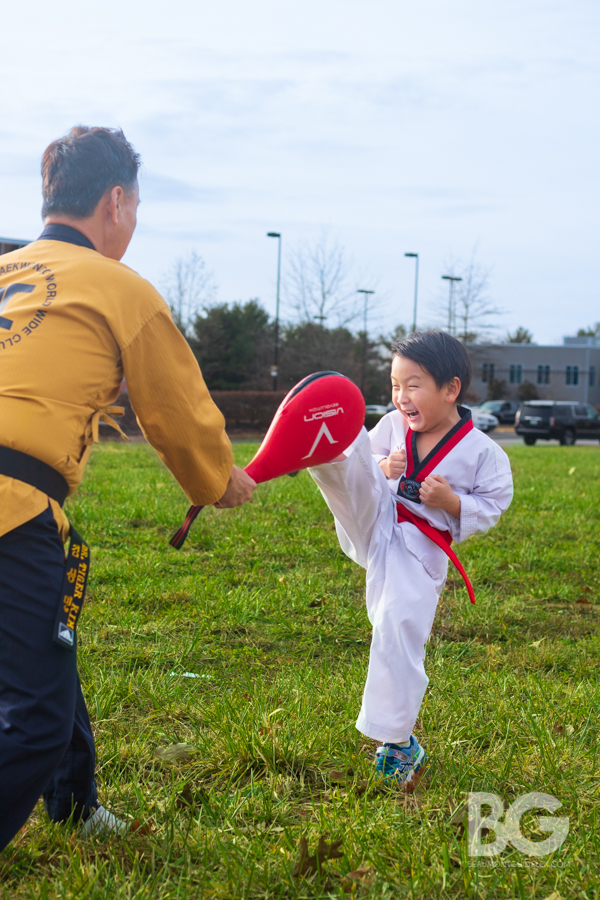 One of southwest Lexington’s most prominent neighbors, Dr. Kim’s World Taekwondo Academy, started out with origins at the University of Kentucky. 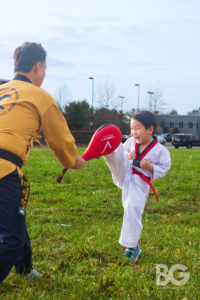 The Academy was founded by Dr. Tiger Kim in 2010 to introduce the benefits of martial arts to the Bluegrass community in Kentucky. Grandmaster Kim founded the University of Kentucky Taekwondo Club in 1990 when he was a doctoral student in political science at the University of Kentucky, where he served as the head coach of the UK Taekwondo Club for over twenty years.
Lexington is his “second home,” he explains, adding “because I have lived here over 30 years since I moved from Texas after I was admitted to the University of Kentucky’s Political Science program with full scholarship in 1990. I received my doctoral degree in 1995.”
He has taught political science at the University of Kentucky, Georgetown College, and Yonsei University in Seoul, Korea. He has published numerous journal articles and books in the field of international relations and martial arts, and is currently at work on a book about “the fundamental skills and forms of Taekwondo.”
Dr. Kim says, “We have resided here since 2002 after I got my first house with my wife in this area. We love this side of town because it’s close to the airport, horse farms, golf courses, and great school districts. It has a great mixture of urban and city life.”
He adds, “My wife and I enjoy taking walks on the walking trails around Rosa Parks Elementary School and our children, Krystal and Kai, love to play at Harrods Ridge and Stonewall Park. We love to spend time in Beaumont library.” They also enjoy the neighborhood restaurants and attending the horse races at Keeneland. 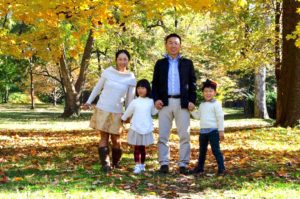 He travels a great deal as “an international referee and a world class athlete,” and is always grateful to return home to “spend time with family, reading, going to orchards and golf courses.”
The neighborhood’s unprecedented growth has been a pleasant surprise for someone who chose to build a business here. He says, “When we first purchased a lot for our building, there were only farms around us other than a Palomar shopping center. However, in less than a decade, it became the most established neighborhood in terms of business, houses, and amenities including [the]health care system.”
Two years of a pandemic (and counting) has admittedly been challenging for all small business owners, but adaptation and growth have been key. Kim says, “Since we first opened my academy in 2010, we have established our business rapidly.  However, due to the Covid-19, we had some difficulties because we were shut down for about four months in 2020.  However, we taught the classes through Zoom online classes. Our parents were very supportive about our efforts to teach online classes. We were able to retain most students during the shut down in 2020.  Since then, we have retained our students fully and continue to grow.”

Dr. Kim focuses on not only the physical aspect of Taekwondo, but also the mental aspect which is important for children as well as adults. 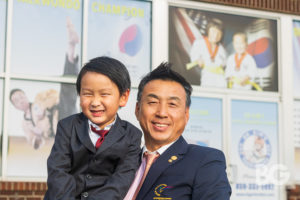 He says, “A family business, like ours, has a much more personal touch to take care of each student passionately. We can create our own system and program to teach each student. We can build great relationships with students and parents, most of whom are professionals and serious about their children’s education.”
The Academy’s Leadership/Master Team offers advanced training for selected black belt students who will become society’s future leaders. Academy alums in the leadership program have been admitted to the nation’s top universities, including Harvard, Princeton, Stanford, Cornell, Duke, etc. One alum is currently completing medical school at Harvard University. One student went on to become a professional singer, songwriter, and musician, and received a full scholarship from Stanford University. Another alum was featured on the cover of Time magazine as an activist. Others have gone on to acting careers.
The Academy’s Demo Team has participated in various charity events, including Dance Blue (one of the top 10 biggest charity events in the U.S.) hosted by the University of Kentucky.  Team Tiger also demonstrated in New York Times Square to represent the people of Kentucky during the Taekwondo Festival in 2017. 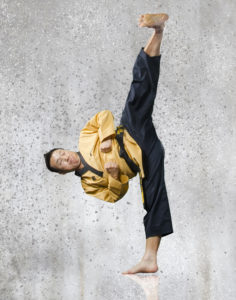 The Elite Competition Team must maintain good grades and good manners at home, at school, and in the dojang. Team members have participated at local, state, national, and international levels. Some of them have become USAT state and national champions.
Grandmaster Kim has strong interests in teaching special needs children and children in the public/private school systems. He has taught Taekwondo to more than 5,000 students annually during field day, physical education, and health/fitness classes. Also, he has been teaching an after school martial arts program at Rosa Parks Elementary which his own children attend.  He became a Kentucky Colonel in 2015, and currently serves as the President of the Korean American Society of Kentucky.

Dr. Kim’s World Taekwondo Academy is recognized as a Top Ten Martial Arts Studio in the World.  Grandmaster Kim developed the black belt test curriculums, which include traditional Taekwondo forms (poomsae), Olympic style sparring (kyorugi), practical self-defense (hoshinsul), breaking (kyokpa), and character development life skills.
He says, in addition to the “physical aspect of Taekwondo, we teach practical self-defense and anti-bullying techniques. We also teach valuable character development skills, such as focus, discipline, confidence, self-control, and indomitable spirit. As a part of the black belt project, all black belt candidates raise money by helping with chores or fundraising to donate to people in need. Thus, we teach students not only top quality martial arts skills, but also the importance of becoming a valuable person in our society.” 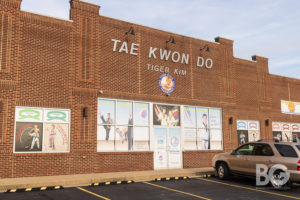 The Academy’s mission is:

The Tiger Kim foundation was founded in 2010 to raise money to share with the community as part of an education outreach program. It is a non-profit organization that performs charitable work and fundraising. Dr. Kim says, “Our blackbelt students donated $1,500 and sent medical supplies to help children in Myanmar and $1,000 to the refugee program of World Taekwondo this year. We donate to the Rosa Parks Elementary physical fitness program every year. Students bring canned food to donate to the Catholic action center during every Holiday Season.” They are also assisting in Western Kentucky Tornado recovery efforts.

This sponsored feature appears on pages 10 and 11 of the 2022 Beaumont Guide.